Pangolin’s doom and Neuralink’s Brain Interface: the best of 2020. 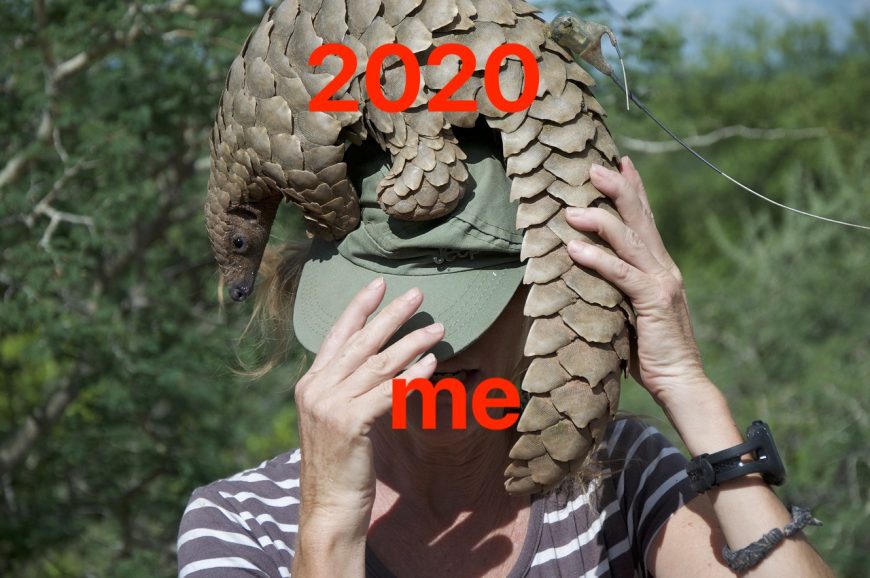 It has been a long time since my last blog entry on Brain-Computer Interfaces. I didn’t expect to see a lot of people reading this blog, but oh… you’re there. Hello!

Anyway, 2020 was very… interesting. So can we all agree to just skip that one? At least for me, it wasn’t all that bad as 2020 was the kick-start of my big new project: helping tinnitus patients.
“- But How? Isn’t tinnitus supposed to be this awful phantom sound which could happen temporarily to almost anyone after an acoustic trauma and can be a chronic condition for 10-15% of people and even a significant issue for 1-3% of people which has no cure in most cases? And how on Earth this is related to brain-computer interfaces?”
I’m glad you asked (Are you always that specific with your questions ?!). I’ll keep this for later. First, let’s review the other great things that happened in 2020.

Just in case you missed 2020, let’s have a short recap.
– COVID19 happened
– The streets of the most crowded places in the world were suddenly empty
– We had a lot of fun at home (did you not?)
– Meanwhile the weird scaled-skin pangolin, which was first declared responsible for COVID19’s zoonosis (he’s not [1]), had a merciful trade ban (it actually didn’t [2]) and was later replaced by cute Mink as doom bringer candidate [1].
– Similarly, we had a great hydroxychloroquine storyline, and people around the world discovered that scientists may not agree on the course of action. Dissensus is the first stage of any real science (and building a consensus requires time and lot_of_money_researchers_please), interesting!

Great year then. At least for Netflix which now have for about 10 years of “large-scale pandemic” non-fiction scenarii to implement. Can’t wait for season 1 of “COVID19 – Netflix Originals”.

What’s new for Brain-Computer Interfaces in 2020?

The 2020 BCI Meeting was canceled and postponed as a virtual conference in June 2021. It was pretty sad because Sylvain Chevallier, Florian Yger, Marco Congedo and I organized a workshop on Riemannian Geometry. The good news is the BCI Society is organizing a series of online events starting this January 2021, the BCI Thursdays, to fill the gap.

I warmly recommend you have a look at “WS 2: On the need of good practices and standards for Benchmarking Brain-Machine Interfaces” (deadline on February 25) by Ricardo Chavarriaga et al. or at “WS 5: Open-source Python tools for BCIs” by my friends Pierre Clisson, Sylvain Chevallier, Marco Congedo and Raphaëlle Bertrand-Lalo (deadline on April 15).

2020 was of course the year where Elon Musk, new world’s richest man and my favorite real-life Tony Stark, made a conference on Neuralink advancements. It was a pretty good year for Elon and for humanity I believe. OpenAI for instance released Generative Pre-trained Transformer 3 (GPT3) which was recently extended as DALL-E, a text caption-to-image generator. Imagine yourself describing your dreams or thoughts as automatic representations are generated by DALL-E! The dream of any Role-Play Game Master! I recommend the Two Minutes Paper video on the subject [3].

SpaceX made huge progress too with the launch of their Starship SN8 prototype. Yes, this is a starship. And yes, this is happening! Earlier this same year, SpaceX launched their first operational crewed flight [5]. I have to admit that I watched both launches with my 1-year old son, crying like a baby (me, not my son).

Tesla, saw a twenty-fold leap of its stock valuation compared to 2019, making Elon the richest man in the world at the dawn of 2021. Now, Tesla’s total valuation is above 800 billions dollars. Yep, that’s a lot. But remember that the same year Apple’s valuation surpassed 2000 billions and Amazon’s 1000 billions (GDP of California is 3000 billions). Anyway, 2020 was a great year to build a mega-corporation as the global economy was unstable and GAFAM & NATU were a normal refuge for many scared investors.

Coming back, to the Neuralink: I was really skeptical, as most BCI researchers, as Elon is also known to overpromise. But, in my opinion, he didn’t. As I had a first-hand experience with the very slow pace of invasive BCI, I was pretty impressed by the state of advancement of Neuralink. I liked that Elon Musk focused on realistic goals and avoided bringing the [AI+sapien] trans-human verse too much. Nothing really groundbreaking was announced but it is good to see that the robotic-assisted-cortex-implant-sewing-machine did actually work properly (note: I didn’t ask how many pigs were slaughtered to make it work, sorry). To read more about the conference, see [6]

So, what is so interesting about Neuralink if it is not groundbreaking research?

Jobs. Many of them.

So Neuralink is thinking big. Remember what I said about how doing good science is long and expensive? Elon Musk and al. understood that making breakthroughs in Brain-Computer Interfaces is like landing a rocket on the moon: you need a vision with a clear engineering goal and the money to support it. I’m not saying that all other initiatives will fail or that the success of Neuralink is guaranteed, however I can admit that it is starting well. Now, it is more a management issue of organizing the newcomers efficiently, which Elon is known to have done pretty well many times and I wish them godspeed.

Now it’s a bit late to talk about tinnitus, so you’ll have to excuse me while I’m going to re-watch the SN8 taking off with my sons. Maybe next week?